I managed to win Nagoya Debate Open 2018 and got the best speaker prize.I really appreciate my regular partner Sayaka and Yuki Tominaga! They were love sexy. This is my 30th victory. But I'm not tired at all and my journey will continue.Because this is my memorable victory as “30 times champion“ goal being achieved, it seems that writing a blog is a great chance for me to revisite why I’m still debating and will continue and what “Love Sexy” is. 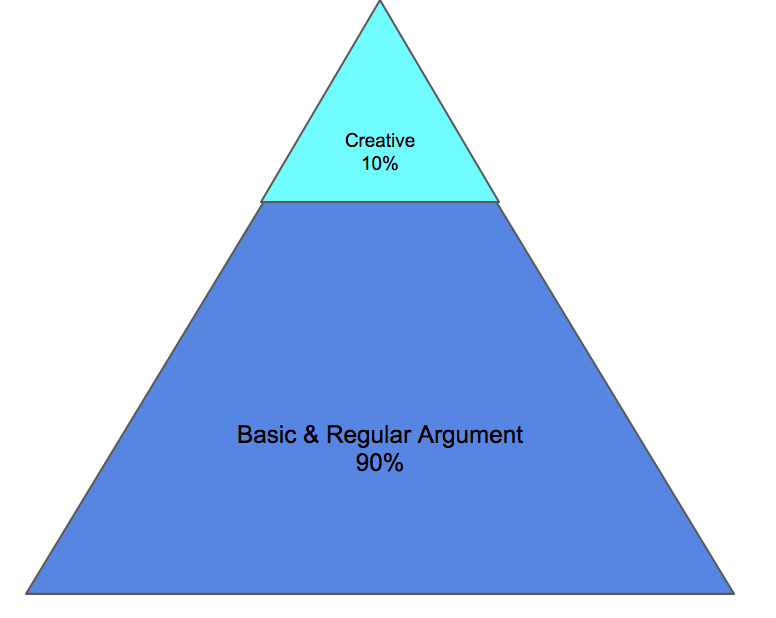 ●Why are you teaming up with same people with similar team name?

Because I always want to create my dream case rather winning rounds. My dream ”Love Sexy” case is a profoundly substantiated basic case based on regularly strong arguments with just a little bit twists,originality, and creativity embedded. In order to construct such a case, teaming up with same people makes much sense to me. You know? Making a regular argument strongly is the most difficult thing to do.

It’s like a film production team. The film-director has tendency to hire same actors, producers, screenwriters, and other staffs in creating any new film. Similar staffing does not shrink creativity. It’s opposite. It expands creativity because highly aligned communication enables the team to expedite execution of basic workflow extremely efficiently. Additional creativity and twists always come after basic necessity is sufficiently fulfilled.

Constructing a case for Parliamentary debate requires the similar strategy. What should be and  is expected to be proven needs to be explained first of all, which is called “burdens of proof” by debaters. We need highly aligned communication and preparation process to quickly identify burdens of proof and core issues that would influence dynamics of the round. I do not want to waste much time on this. I personally want to finish this specific task within approximately 5 minutes. What I really want to focus on comes after this. My creative priority and personal preference is how to drastically deepen and profoundly substantiate the basic and regular arguments, not creating tricky arguments. Creative and tricky analyses are just used to deepen basic and regular assertion/idea.

●How do I understand each speaker’s role in 3 on 3?

The above is how I understand each speaker’s role. This is, indeed, not my personal understanding. This specific definitional expression was written in the official rule guideline for All Asian or something in the long time ago according to my former coach Andrew Nishizaki. So this definition used to be the standard and common expectation in the debate community. Now this norm has gone somewhere and many different local rules exists, which isn’t necessarily bad, but I still believe those 3 expressions listed above critically encompass the expected role. It’s up to individual how to interpret “All About Direction”, “Engine Room”, and “Order from Chaos” but I would like to briefly introduce my metaphysical image for speaker's role. I apologize in advance if this metaphor rather confuses people and I’m sure it will.

For me, 1st speaker is an actor/actress. As a Whip, I usually create a scenario and script and the leader as an actor has to act drama based on the script. The actor has to represent the spirit of the drama and direction of the story and also convey the ideological world views so that the judges and audience are able to figure out what the story is about and where the story is going. Remember that you usually decide whether to continue watching any drama/anime at the 1st episode. I think you do the same for cherry picking films in Amazon/Netflix/Hulu. If the introductory part lacks a strong impression, you lose interests and that is a natural reaction. Therefor very 1st sentence at the beginning of the leader speech is everything. The first introductory sentence represents the spirit of the case and what the story is about. Within next 1 mins, judges and audience can tell whether we’re Libertarians, Neo-liberals, 3rd wave feminists, Retributive Justice carrier, Structuralists,  Pro-choice, and so on, which I call ideological world views. Not only team stance but also such a world view must to be sufficiently conveyed. I would not like to refer to tactical tips for executing this function such as explaining model, context, scope, definition, burden control and so on but I just want to clarify the image here. Point is that direction and storyline is more important than detail and mechanism at this point. That is 2nd speaker’s role. Of course it would be better if the 1st speech is detailed. But detailed mechanism with juxtaposition of random materials without storyline does not make any sense to audience. In NDO, I finished writing the script within 10 mins by including/adding others’ ideas as well and conducted the detailed rehearsal(読み合わせ) with Sayaka for the rest of time. In rehearsal I read out my script and Sayaka re-wrote it in her own note while checking the order of each argument, within each argument what to explain first, which examples to emphasize, what rethorics to use for sign-posting, and most importantly how much time to spare for each part. I usually dedicate my preparation time to this alignment and do not prepare for my own speech. Every single important essence should be centralized into leader’s speech so it does not make any sense to spare materials for your speech in the purpose of increasing speake’s score.

For me 2nd speaker’s speech is like a producer/assistant director. Detailed-oriented person is suitable for this role. Stability and accuracy is required. 2nd speaker has to tactically and comprehensively cover everything and must not drop anything. Producers and assistant directors are dealing with many miscellaneous tasks such as scheduling, finance, supervision of assets and so on so that the director and the actors are able to focus on their creative roles. Usually 2nd speaker’s role is most difficult to describe because this role is very flexible and expected move largely depends on the situation of each round. In my understanding “Engine Room” means providing lot of materials to “progress” the round. But the question is what type of materials should be provided? My answer and what I expect for our Love Sexy case is that Deputy should provide materials that are 1) strengthening leader's speech such as mechanism and examples, and 2) relevant to the core issues especially engagement to the opponent’s main argument. Some 2nd speakers add completely new and creative idea to the round from colorful perspectives and that is of curse wonderful but to be honest  I don’t need those for my Love Sexy case in 3 on 3 style. I prefer such contribution for closing half in BP. This is exactly why stability and accuracy are more important than creativity here. Creative framing of regularly strong analyses is effective, but idea and analysis itself does not have to be either creative or tricky. If idea is too tricky, it is hard for Whip to incorporate them into the main clash points and frame them as important issues in the round. It requires a high-level framing ability that only a few people have.

Finally about Whip. For me this role is like a film critic. What is required is a balance between macro critique and micro engagement. Either of these two is not good enough and Whip always needs to fulfill both simultaneously. As a famous saying such as “Penny wise, pound foolish” “Can’t see wood for trees” indicates, refuting small logical flow without overviewing the round is dangerous and myopic. My former coach at ADI, Sharmila framed Whip in Asian as” Machine-gun” and Whip in BP as “Surgeon's knife”. My preferebal balance for Asian whip is 80% machine gun and 20% surgeon’s knife. BP is that of 60% vs 40%. 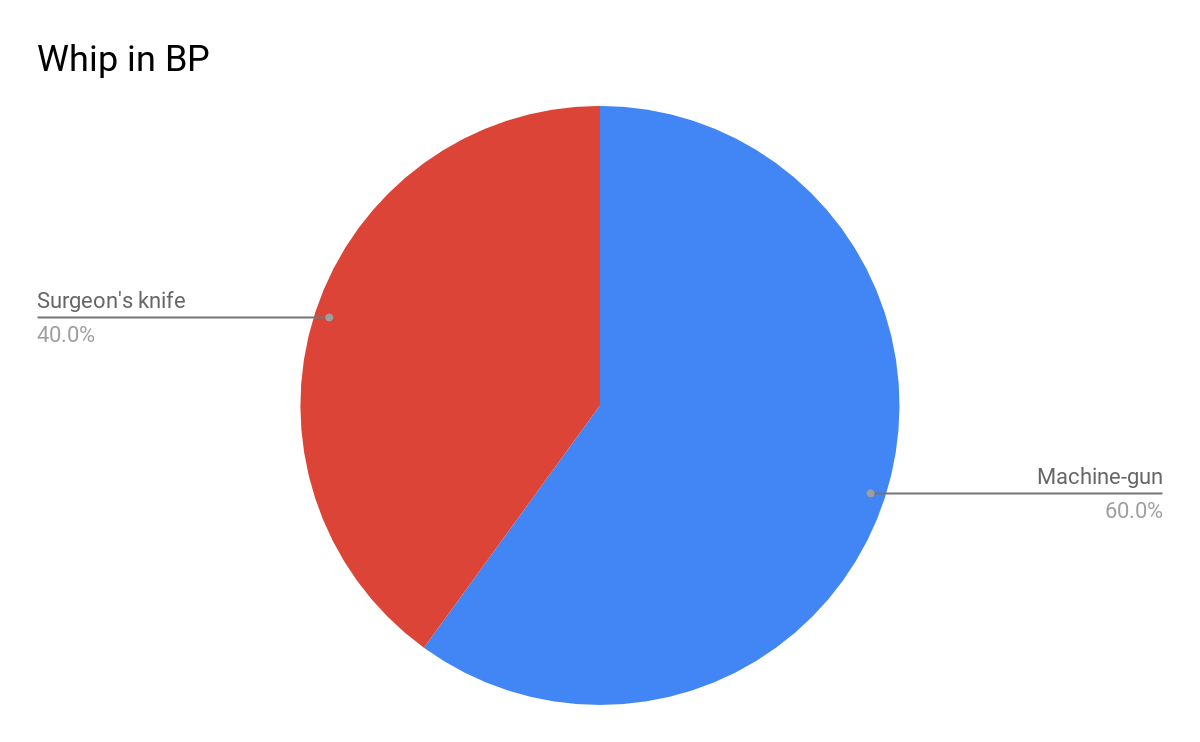 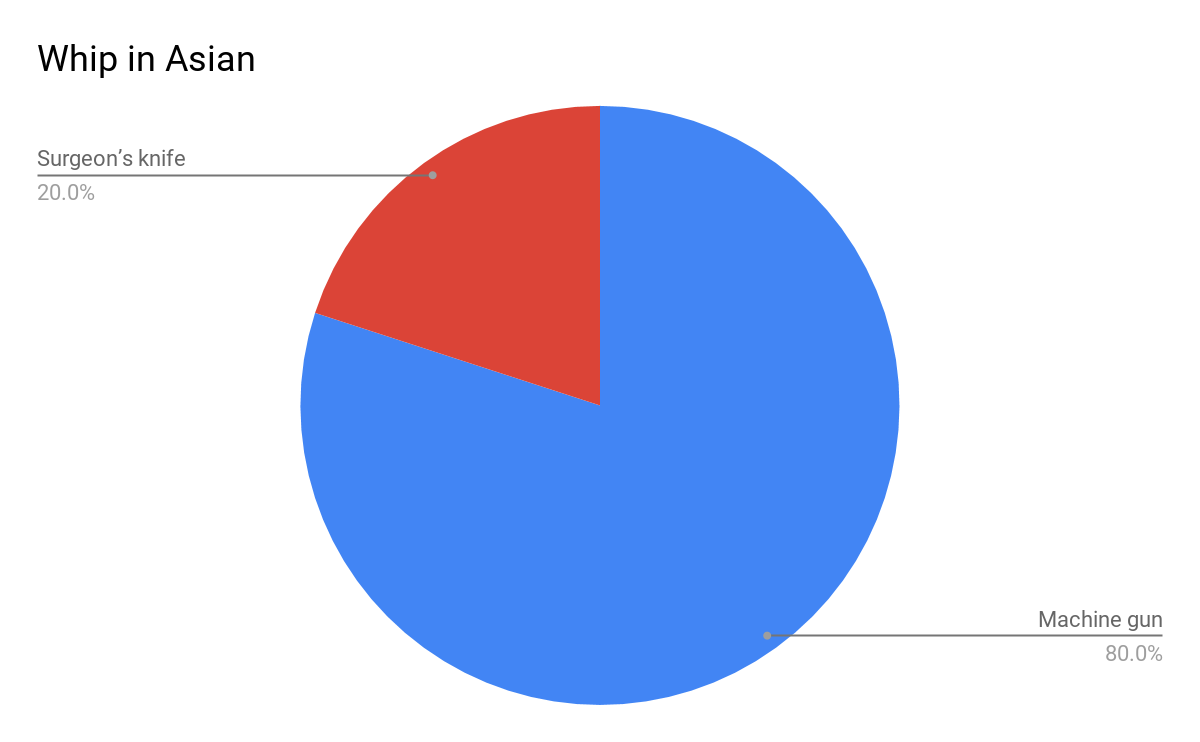 I usually use my introduction for macro-critique and overview of the defects in the opponent’s case such as inconsistency, contradiction, insufficient fulfillment of burdens of proof, logical fallacy, hidden assumption, unfair contextualization and so on. The point is administrating impression which colors eyes of judges and audience is important here. If successful, the rest of speech is consumed by judges and audience in the already biased lenz, which increases the chance in which your team will get vote because the rest of speech sounds important.

One of the most common rebuttal tips is known as “flip”, which means entirely conceding the phenomenon and only attacking value judgement. This symbolically represents importance of concession. But you can more delicately control the extent of concession like gradation/spectrum shown in the above. For example, you can concede opponent’s analyses on status quo and only attack analysis on changes by the policy.

I would not like to mention to tips for reply speech here but one thing that I emphasize is that for me reply speech is the most creative role in the round. I’ve been emphasizing importance of adherence to basics and my strategy may sound a bit too processy but when it comes to reply speech, it is no longer necessary to cater to rules. Just prove why you won in the round with whatever possible way . That is all. Reply speech is often described as biased judge and I think that metaphor appropriately represents the core expected role.
●So what?

There are diverse ways in which you can enjoy debating. But I would emphasize that real creativity always comes after basic requirement is satisfactorily fulfilled. Otherwise creative idea might just ends up being a self-satisfaction, which is unfortunate and embarrassing. It is good to have the attitude of challenging conventional and traditional methods. But paradoxically, mastering established methods enables individuals to challenge the pre-existing norm effectively. I know that complying with common rule is boring. Common sense is often your enemy. But just understand your enemy to defeat your enemy.

May the force be with you.
〜〜〜〜〜